View the MLS listings from brokers participating in the National Shared Pool of listings for single-family detached homes, houses, condos, duplexes, townhouses, vacant lots, properties and real estate for sale in Sundridge, ON. Not all Kearney properties are displayed as some brokers do not participate so call me at 705.571.2534 today for a complete list or to view any of these listings.

[MLS®#: 40010361]Have you been searching for a child friendly, flat, building lot for your new cottage? Dreams do come true!!! This waterfront b...Read More

All information displayed is believed to be accurate, but is not guaranteed and should be independently verified. No warranties or representations of any kind are made with respect to the accuracy of such information. Not intended to solicit properties currently listed for sale.

This website is operated by Dawn Mashinter, a salesperson who is a member of The Canadian Real Estate Association (CREA). The content on this website is owned or controlled by CREA. By accessing this website, the user agrees to be bound by these terms of use as amended from time to time, and agrees that these terms of use constitute a binding contract between the user, Dawn Mashinter, and CREA.

The content on this website is protected by copyright and other laws, and is intended solely for the private, non-commercial use by individuals. Any other reproduction, distribution or use of the content, in whole or in part, is specifically prohibited. Prohibited uses include commercial use, “screen scraping”, “database scraping”, and any other activity intended to collect, store, reorganize or manipulate the content of this website.

REALTOR®, REALTORS®, and the REALTOR® logo are certification marks that are owned by REALTOR® Canada Inc. and licensed exclusively to The Canadian Real Estate Association (CREA). These certification marks identify real estate professionals who are members of CREA and who must abide by CREA’s By-Laws, Rules, and the REALTOR® Code. The MLS® trademark and the MLS® logo are owned by CREA and identify the professional real estate services provided by members of CREA.

The information contained on this website is based in whole or in part on information that is provided by members of CREA, who are responsible for its accuracy. CREA reproduces and distributes this information as a service for its members, and assumes no responsibility for its completeness or accuracy.

Dawn Mashinter may at any time amend these Terms of Use by updating this posting. All users of this site are bound by these amendments should they wish to continue accessing the website, and should therefore periodically visit this page to review any and all such amendments. 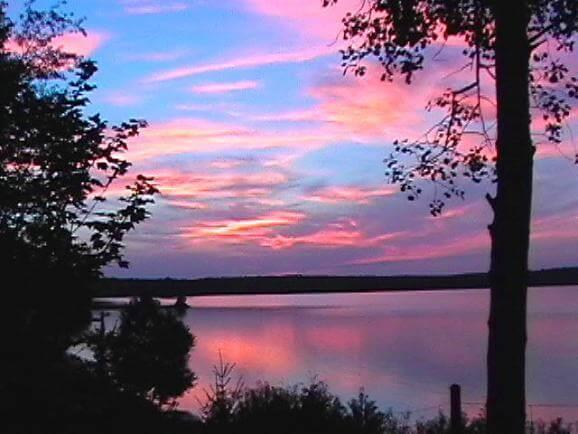 The Village of Sundridge Ontario surrounded by the Townships of “Strong” and “Joly” together offer an irresistible package that appeals to people of all ages.

Sunny Sundridge is situated alongside beautiful Lake Bernard, which has the distinction of being the world’s largest body of fresh water without an island. Modern history and exploration of this area began when the Algonquin Natives, (the first inhabitants of the region) established a treaty with French Fur Trappers in the early 1800’s.

Sundridge is a picturesque village located two and a half hours north of Toronto at the intersection of Highway 11 and 124. Sundridge has a lot to offer tourists as well as people planning to locate to the area. The village is centrally located in the Almaguin Highlands and is within 35 minutes to 1 hour‘s drive to North Bay, Huntsville and Parry Sound.

The Village of Sundridge was established on March 23, 1889 and celebrated its centennial in 1989. The village with a population of approximately 1000 residents welcomes visitors and guests to share in the enjoyment of living on the shores of beautiful Lake Bernard. This year round playground provides pleasure and enjoyment to the residents and visitors to the area. Many people have enjoyed our sandy beaches and shallow shoreline which provides endless hours of family swimming in the lake itself and is also well known for great boating and fishing. The fish in Lake Bernard include lake trout, whitefish, small mouth bass and an assortment of pan fish. Lake Bernard proves to be just as entertaining in the winter by offering ice fishing and snowmobiling. The snowmobiling on the lake and in the area is considered some of the best in Ontario. During the summer, residents and visitors make great use of the Village of Sundridge Lion’s Park, the children’s playground and boat launch.

Sundridge along with the supporting Townships of Strong and Joly offer a significant package of shared services including the District Medical Centre, a first class Volunteer Fire Department, an extensive and modern Public Library, a modern Arena and Hall facility and High Rock Lookout Park. Many events and activities are hosted in Sundridge some of which are July 1st celebrations, Sunflower Festival, RBC Sundridge Triathlon, Christmas Tree Lighting and Families First Celebrations.

Sundridge has the largest shopping selection in the Almaguin Highlands boasting the largest grocery store and two hardware stores. There are no problems in Sundridge finding the necessary goods as a visitor or as a permanent resident. There is a full-line General Motors Dealership as well as the north’s largest full-line Chrysler/Dodge/Jeep Dealership that is well known from Toronto to Ottawa for their great deals. During the lazy summer days “Sunny Sundridge” is alive with visitors strolling casually along our village streets taking in the many unique shops, restaurants and variety stores that cater to tourists and residents alike. You will know that fall has arrived as some of the most colourful and beautiful foliage in Ontario can be seen. Be sure to visit High Rock Lookout Park for one of the most spectacular overviews of Lake Bernard; tour the adjacent walking trail to enjoy the lake and all its colours up close.

Sundridge is proud of their many successful athletes, especially in association with the sport of hockey. This small community and area could have and did have the Stanley Cup visit the village 4 times. Bucko McDonald (1936,1937,and 1942), Greg de Vries (2001), In addition former NHL players Keith McCreary, Bill McCreary, Ron Attwell, Bob Attwell and Greg Theberge call Sundridge home. Sundridge is also the home of the well known Sundridge Beavers Hockey Team which won many Ontario Championships.

Check out our events calendar to see what is happening year round in and around Sundridge and area. Our many churches and services groups offer many types of activities that make the visit or joy of living worthwhile in Sundridge.

Whatever your schedule, we hope you’ll come to visit us for a day or week (or even longer). Whether you come by car, bus, train or airplane, on your own or in a group, you’ll always be greeted with a smile and a friendly welcome. Come and discover why Sundridge is a wonderful place to live and work!

As Sundridge is on the Ontario Snowmobile Trail system, many of the local resorts have packages for a great getaway vacation, both in the winter and in the summer.

Lake Bernard offers visitors an abundance of aquatic sports such as sailing, windsurfing, water skiing, canoeing and fishing. The beautiful sandy beaches and shallow waters of the centrally located Lions Park right alongside the downtown shopping area, combine to create the perfect place for a family swim or picnic.